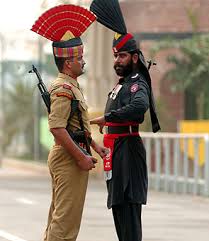 KARACHI, Oct 24: “I am not a fisherman. I was never meant to be here,” said 17-year-old Kishan Babu before being released from the Malir district prison here on Wednesday.

The young Indian from Gujarat said that he was only on an outing at sea with his fisherman uncle when they found themselves in Pakistani waters where they were taken into custody and their boat seized.

That was in November 2011. And Kishan’s uncle, Dana Bhai, has also been released in the meantime while Kishan himself was declared unfit for travel by doctors despite his name being in the list of prisoners for release as many as four times.

The boy was being treated for brain abscess at the Civil Hospital Karachi with other Indian fishermen confirming the fact that he had water coming out of his ears while on the boat last year.

Kishan’s name first came up for release on May 17, 2012, but it was only now that he was considered well enough to travel in the coach that would take the seven fishermen to Lahore from where they would be handed over to the Indian authorities at Wagah on Thursday morning.

About his impression of the people of Pakistan and their attitude towards him, Kishan, who still looked frail, said that everyone had been very kind to him. “I wasn’t very clear about my future after passing class 10, but now I want to become a doctor like the doctors and surgeons who took care of me here,” Kishan told Dawn.

The other fishermen have been here for six months. Among them was Krishan Soma Saraniya. “I have a wife and six children back home. They hadn’t a clue as to what had happened to me until I sent them a message through another fisherman who was released from here three months ago.

Now my family writes to me. They call, too, but I prefer letters to phone calls because I can’t handle their crying. They always cry when they call,” he said with eyes brimming with tears.

“Now it’s my turn to cry,” he said looking slightly embarrassed at getting emotional on being released.

“There are nine more fishermen who were arrested around the same time as we, but their names didn’t come up this time,” said 22-year-old Vipul. He said he would still be catching fish after retuning to India, but would be more careful next time.

“I have two younger sisters and two younger brothers back home and with them still in school, and me not there, my poor father is finding it very hard to make both ends meet,” he said. “Fishing is what I know. It is what I do.”

All the other men — Ramesh Sagal Chawda, Amrit Lal Badiya, Harshit and Bhagal Bhagvan — were glad to be leaving, too, finally, their bags neatly packed and lined up by a wall in the prison.

A polythene bag on one of the bags had a few juice boxes and biscuit packets.

“They are for Kishan,” said Amrit Lal Badiya. “He has completed his medicine courses but has been advised to take plenty of juices and biscuits to get his strength back,” he added while lending his recuperating friend a shoulder to lean on.

Meanwhile, a few Indian fishermen inmates also came to say goodbye to the seven who were leaving. They also wanted to see them off outside where the wagon arranged by Legal Aid Office, headed by retired Justice Nasir Aslam Zahid, stood waiting for them.

“Where do you think you all are off to? Back to your barracks please now. Don’t think you can fool us into getting out. You are in jail. Not even a fly gets out of here without being noticed,” said a jail staffer wagging a finger at the Indian inmates jokingly as the others were allowed to leave.