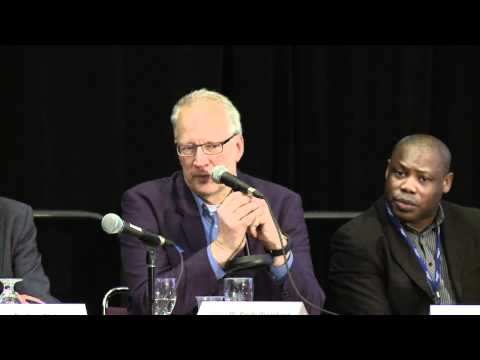 Greenpeace is organizing a press conference where John Byrne, noted Nobel Laureate, along with Pradeep Indulkar of Konkan Vinashkari Prakalp Virodhi Samiti, will talk about the Jaitapur nuclear project and dangers of Nuclear Energy.  Byrne is Director of the Center for Energy and Environmental Policy (CEEP) and Distinguished Professor of Energy and Climate Policy at the University of Delaware.

Admiral (retired) Laxminarayan Ramdas and Lalita Ramdas will also be present. Lalita Ramdas was one of the “1000 Peace Women” nominated collectively for the Nobel Peace Prize in 2005.

John Byrne: Byrne has published extensively in his field and is a co-editor of the Bulletin of Science, Technology and Society and general editor of Energy and Environmental Policy book series. His most recent books are Energy Revolution and Environmental Justice. Byrne is a contributing author to Working Group III, which made contributions to the fourth assessment report, produced special reports on aviation, emission scenarios, technology transfer, ozone and climate, carbon dioxide capture and storage, as well as the third assessment report.

Pradeep Indulkar: Worked at Bhabha Atomic Research Centre from 1983 to 1994 as a Scientific Officer. Presently, he’s working in environment education. He is an anti-nuclear activist and has been working in people’s movement against Jaitapur Nuclear Power Plant for past 3 years.