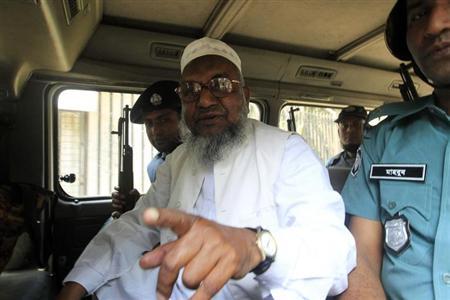 The attorney general’s office submitted the 484-page appeal to the section concerned of the apex court in this morning.

Attorney general Mahbubey Alam said his office will now file an application in the chamber judge of the Appellate Division for fixing a date for hearing the appeal at a regular bench.

In its petition, the government asked the Supreme Court to award Mollah, Jamaat assistant secretary general, capital punishment considering the gravity of his crimes committed during the 1971 Liberation War.

The verdict delivered on February 5 by a war crime tribunal convicted 65-year-old Mollah for five wartime criminal offences out of the six he was charged with, and sentenced him to life imprisonment.

In two of the five acts of crimes against humanity, at least 350 people were killed and a girl was raped.

Mollah was also sentenced to 15-year imprisonment for his complicity in three other criminal offences in which six people were killed. He was acquitted of the charge of killing hundreds of people at Keraniganj in Dhaka as the charge was not proved in the tribunal.

The life imprisonment for Mollah angered thousands of secular protesters, mostly youths, who have been demonstrating at Shahbagh Square here since February 5 to press enhancing his punishment to death sentence.

Mollah’s party colleague and Jamaat vice-president Delwar Hossain Sayedee was last week sentenced to death for setting ablaze 25 houses in a Hindu village and aiding the killing of two persons.

The court found him guilty of helping a pro-Pakistani armed group which abducted three Hindu girls and raped them and forced 100 Hindus to convert.

The government’s moving the apex court to seek death for Mollah came on a day when Jamaat and its student wing Islamic Chhatra Shibir attacked civilians and clashed with police across Bangladesh, leaving 14 people dead.