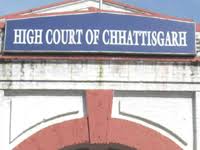 July has been a bitter month for the mining tycoons of the country. In the first week, CBI had pulled up chief of JSPL, Naveen Jindal, who allegedly “misrepresented” facts in coal block allocation scam, while Dongria Kondhs came together to obstruct mega project of Vedanta Alumina in southern Orissa.

Towards the end of the month, Chhattisgarh High Court issued notices to two mining giants – Tata and Essar Steel – along with several government departments responding to a seven-year-old PIL.

Memorandum of understanding (MoU) to set up two massive steel plants in south Chhattisgarh was finalised in 2005. Soon after, Chhattisgarh government allotted 2500 hectares of iron ore-bearing land to Tata Steel in Bailadila hills, for a 5.5 MT plant and another set of seven iron ore-bearing hills for 3.2 MT Dantewada plant of Essar.

Nearly thousand-page document, first filed in 2006 by an activist-lawyer, Sudiep Shrivastava, illustrates violation of several laws to allot iron ore mines to Tata and Essar. One of the main objections was about the violation of Mines and Minerals Act, 1957. According to the Act, the state government cannot commit particular mines in advance. However, the MoU said, upon receiving the application, the government “would immediately” recommend “allotment of mining lease in favour of Tata Steel for Bailadila” and “Rowghat deposit.” In fact, the deposits were not readily available, as those were held by Chhattisgarh Mining Development Corporation (CMDC). Soon after signing the MoU, the state government had taken away the mines from CMDC and awarded to Tata Steel.

Similarly, when the MoU was signed with Essar, separate deposits were not available with the state government but with National Mineral Development Corporation (NMDC). In June, 2006, the government terminated the mining lease with NMDC to allot mines to Essar. Besides challenging such arbitrary decisions, the PIL objected to governments’ “unconditional undertaking” to facilitate supply of other costly minerals like limestone and dolomite in violation of the Act.

Secondly, the land acquired for the plant in a Scheduled Area, has been allotted in complete violation of PESA, without consulting “respective gram sabhas.” It has also claimed that by acquiring land “prior to grant of environmental clearance (EC)” the companies got away by paying a compensation of “50 thousand to 1 lakh,” whereas had it been acquired after the EC then the compensation would have been “six to 10 lakh per acre.” Moreover, the amount of water committed to the companies, 60 million gallons per day, will “adversely” affect the tribal people “in the down stream” of Indrawati, the PIL observed.

Thirdly, Chhattisgarh and central government developed an elaborate plan to link mines of south Bastar to production units and markets by constructing railway network connecting Dalli Rajhara, Rowghat and Jagdalpur. However, the cost of connecting “the raw material with the market” will be borne by the taxpayer. “Shockingly none of the private parties (Tata and Essar) were asked to contribute any money for construction of this crucial rail link…SAIL and NMDC would have to invest money” to ramp up profit of their rivals, the PIL concluded. Moreover, while the State listed the facilities and the resources it would provide, the companies have not made any clear cut commitment.

The petition was rejected in 2006. The court observed that the apprehensions of the petitioner were “premature” compelling Mr. Shrivastava to move to Supreme Court. In January 2013, the Supreme Court asked him to raise the issues again before the High Court. Finally, the PIL was admitted and notices were issued.

Both the companies, Tata and Essar, refused to comment about the PIL. However, Tata Steel has acknowledged that “notices have been issued by the High Court.” “The matter is sub-judice. Therefore, we would not provide any further comment,” said Prabhat Sharma, chief of Corporate Affairs & Communications.

Essar has not received any “communication on the issue,” till date. The spokesperson said, “Focus of Essar Steel to ramp up capacity of the steel plant” remains unchanged. “We keep looking at the growth opportunities and continue to remain engaged with the project,” the spokesperson said in a statement.

Mr. Shrivastava sounded happy on phone, when he said that the court has “allotted eight weeks to the companies and the departments to file a reply.”