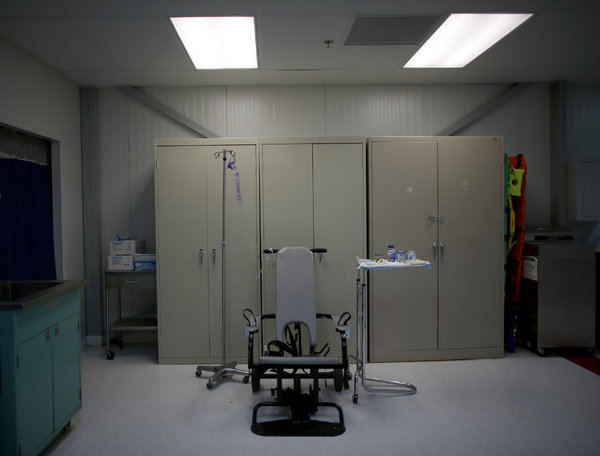 A restraint chair used to force-feed detainees at the military hospital at Guantánamo Bay, Cuba.