Does Facebook have a problem with women? #Vaw #WTFnews

Facebook insists there’s no place on its site for hate speech or content that is threatening or incites violence. So why do images that seem to glorify rape and domestic violence keep appearing? 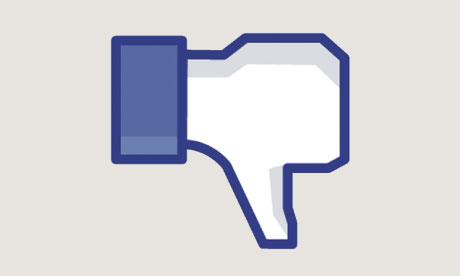 Does Facebook have a problem with women? The question has been around since 2011 when Eve Ensler and Ms Magazine drew attention to the social networking site’s failure to remove misogynistic images that seemed to glorify rape and domestic violence.

Then the issue came back again with users taking to Twitter in recent weeks to express their anger at Facebook’s refusal to remove images that tried to make a joke of rape. Two in particular were widely circulated. One showed a woman bound and gagged on a sofa and a caption that read: “It’s not rape. If she really didn’t want to, she’d have said something.” The second showed a condom, beneath the words “Plan A”; an emergency contraceptive pill, “Plan B“; and then “Plan C”, a man pushing a woman with a bloodied face down the stairs.

The site’s community standards state: “Facebook does not permit hate speech, but distinguishes between serious and humorous speech.” What is not clear, in spite of several high-profile campaigns and a Change.org petition that garnered more than 200,000 signatures, is how it makes that distinction. Over the past few years, women say they have been banned from the site and seen their pages removed for posting images of cupcakes iced like labia, pictures of breastfeeding mothers and photographs of women post-mastectomy.

Yet images currently appearing on the site include a joke about raping a disabled child, a joke about sex with an underage girl and image after image after image of women beaten, bloodied and black-eyed in graphic domestic violence “jokes”. There are countless groups with names such as “Sum sluts need their throats slit” and “Its Not ‘rape’ If They’re Dead And If They’re Alive Its Surprise Sex”. One of the worst images I came across in a brief search shows a woman’s flesh, with the words “Daddy f*cked me and I loved it” carved into it in freshly bleeding wounds.

Jules Hillier, executive director of policy and communications at Brook, the young people’s sexual health charity, says: “Social media can be brilliant, giving young women and young men a space for debate and discussion and giving organisations such as ours a route to provide information and advice. But it’s a double-edged sword. I only wish that facts and support circulated half as fast as myths, misinformation, bullying and abuse, all of which social media also opens up opportunities for.”

When I contacted Facebook to get a comment on the two images circulating on Twitter, the entire page (charmingly named “Butthurt? well. GET the FUCK OUT”) had been removed by the time they rang back. A spokesperson said it was not because the images contravened its terms, but because the administrator had failed to publicly associate his or her profile with the page. I can find no mention of this requirement in Facebook’s community standards, and it hardly mitigates the publication of such material anyway.

When I asked if the banned cupcake images could have been removed in error by an automated image scanner, the spokesperson said it was very unlikely. So it was a human decision to ban the image of a cupcake. Just as it is a human decision to allow pages such as “Teen SLUT pics” to continue to publish images of very young-looking girls, with no evidence they gave consent for their photographs to be used.

“We take reports of questionable and offensive content very seriously,” said the Facebook spokesperson. “However, we also want Facebook to be a place where people can openly discuss issues and express their views, while respecting the rights and feelings of others. Groups or pages that express an opinion on a state, institution, or set of beliefs – even if that opinion is outrageous or offensive to some – do not by themselves violate our policies.”

There is a common argument that these pages are “harmless”, and those who do not like them should simply not look at them. But anyone whose friend “likes” one of these images can find it popping up without warning in their newsfeed timeline. Each image normalises gender-based violence, sending the message to both victims and perpetrators that ours is a culture that doesn’t take it seriously.

Feminist writer and activist Soraya Chemaly says: “It’s not about censorship in the end. It’s about choosing to define what is acceptable. Facebook clearly accepts representations of some forms of violence, namely violence against women, as qualitatively different from others.”

The Facebook spokesperson said: “It’s not Facebook’s job to define what is acceptable. We work hard to keep our users from direct harm, but in the end, censorship is not the solution to bad online behaviour or offensive beliefs. Having the freedom to debate serious issues like this is how we fight prejudice.”

For those who believe there is no relation between the treatment and perception of women in the real world and the cultural norms promoted by the most used social networking site on the planet, here is a selection of comments. Some are from those “harmless” Facebook pages. Some are from real women’s experiences, reported to the Everyday Sexism Project. And some are examples of the abuse that I have received, as a woman daring to write about women online.

“You have a choice to have sex, I have the choice to rape you.”

“If you don’t stop giving me shit I’ll pay four of my friends to gang rape you.”

“The only reason you have been put on this planet is so we can fuck you. Please die.”

Can you tell the difference?

• Laura Bates is the founder of the Everyday Sexism Project