Ex-judges not in favour of #deathpenalty to rapists #Justice #Vaw 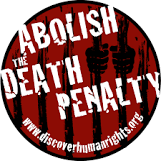 KOLKATA: With protesters in Delhi demanding death penalty to rapists, the Centre has appointed former Chief Justice of India JS Verma to head a committee that will review laws related to sexual assault. While the panel seeks suggestions from NGOs, jurists and the public on the present laws protecting dignity of women, a number of formerSupreme Court and high court judges feels death penalty won’t help. Life sentence will be a better punishment, they said.

While the committee seeks suggestions from the public, NGOs and jurists on the inadequacy of present laws on protecting the dignity of women, a number of former judges of Supreme Court and high court felt death penalty will not ultimately help. These legal luminaries felt death penalty can only endanger the rape victim, as rapists might try to kill the victim to wipe out evidence.

There is death sentence for murder, but has it helped to reduce murders? We make laws, but it cannot reform characters of rapists. Education is needed from childhood to inculcate moral values. Parents and school has to train to control the animal instinct in us,” he said.

Justice Malimath’s were echoed by Justice Ruma Pal, a former Supreme Court judge, said death penalty for rapists will not help. “The judge may not agree and can give benefit of doubt to the accused. It will be better if life sentence is the only punishment for rape. Investigations need to be time-bound in rape cases since delays are frequent and attempts are made to buy witnesses.”

“Women are not treated equally with men in our society, so children should be taught to respect women. Rape is not a question of sex, it is a question of power. There should be zero tolerance against persons negligent in handling rape cases. Investigating officers should be held accountable,” Justice Pal added.

“There is a need to fast track courts to handle rape cases. Police need to be sensitized. Often rapists enjoy political patronage and the power of muscle and money,” Justice Ganguly said.

Justice M A Siddique, chairman of national commission for minority’s educational institutions and a former judge of Delhi High Court felt death penalty can only endanger the life of the rape victim, a fear shared by both Justice Ganguly and Justice Pal. “For removing evidence the rapists can try to kill the victim. Mostly rape is held in isolated place, who will save the victim?”

Views of justices Ganguly and Pal found support in Justice M A Siddique, chairman of the national commission for minority educational institutions and a former judge of Delhi high court. He felt death penalty will only endanger the life of the rape victim. “For removing evidence, the rapists can try to kill the victim. Mostly, women are raped in secluded places, who will save the victim?,” said Justice Siddique.

Some judges, however, felt the present laws were enough to handle rape cases. Justice R N Roy, former chief justice of Allahabad high court, said death sentence is for the rarest type of crime. The present laws are sufficient to handle rapists, he felt.

While Justice SM Soni, a former Gujarat high court judge and a former Lokayukta of Gujarat, said that there are enough laws to handle rape cases, Justice Shyamal Kumar Sen, former chairman of state human rights commission, said the court can opt for death penalty in the rarest of rare cases. Since there is a Supreme Court guideline, there is no need to change the law, said Justice Sen.