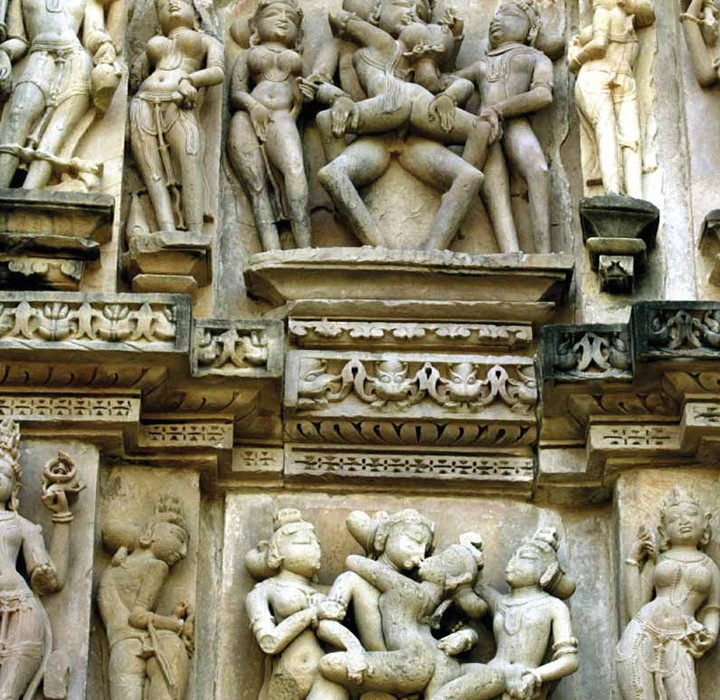 India is now a country of active right-wing politics, which has failed to acknowledge her very own history and culture. From the time of Vatsyayana, all of L, G, B and T themes and practices have been acknowledged in Indian (then just Hindu) society.

Hinduism was probably the most accepting of all the religions in the world of homosexuality but that isn’t what one would learn if one had to take a look at modern India. According to the Indian judiciary, homosexuality is punishable to the extent of ‘life imprisonment’, the same sentence as some murders and rape. This cannot be imposed on the fact that it stems from the cultural influence that the other religions in India have had on society because Buddhism and even Islam in India acknowledge homosexuality to varying degrees. Moreover, the saffron brigade is probably the forerunner of the so-called social pruning and social cleansing programme that is being extensively implemented nation-wide, unofficially.

Hindu Mythology and teachings have had many characters, concepts and practices that are on the lines of LGBT themes. Mohini, Sikhandi, Vrihannala, Bhagiratha and Chaitanya are a few of the people and characters that Hinduism has celebrated in the past but today these themes are not acknowledged very easily or are given a very right-wing explanation.

Let us try to re-explore these themes:

Mohini is considered one of the 25 avatars of Lord Vishnu. Mohini took the female form of Vishnu and was the one who allured the ‘Daityas’ with her ‘bodily’ beauty and deceived them to seize the ‘amrita’ nectar for the Gods. Mohini is also the wife of Arjuna’s son Aarava and she chose to stay close to Arjuna’s bloodline from the time when she was in the male form of Lord Krishna. In other accounts, Mohini gave birth to ‘Shasta’ as a result of a union with Lord Shiva. However, Lord Shiva and Lord Vishnu have had another accounted union and this time Lord Vishnu was in the form of the male ‘Kurma’ (turtle) avatar; the creation from this union was Swami Ayappa.

Arjuna’s son Aarava has quite a following in Tamil Nadu and especially amongst a community called the Aaravanis, who celebrate the Koovagam festival. Aravanis are transgenders, feminine and masculine homosexuals. The transgenders of this sect do not practice castration.

In fact in 2008 as an outstanding exception, the Karunanidhi Government was the first in the country to issue ration cards to transgender citizens in Tamil Nadu. The Ration Card is the primary definitive proof of identity for citizens in India. No sooner than the first batch of 18 applications were cleared, that too, in less than a day, applications to seek identity as ‘Third Gender’ marked in the sex column as T, distinct from the usual M and F have started pouring in.

In Tamil Nadu alone 40,000 Aravanis are estimated to have benefitted by this move implemented under the leadership of social welfare minister Poongothai Aladi Aruna, a ‘gynecologist’.

Going back to the robust Arjuna, one would have to talk about his one whole year as the ‘kliba’ or ‘third-sex’ Vrihannala. Arjuna in this form became a master of music and dance but the most important point here is how Maharaja Virata addressed Vrihannala as a female, accepting her transgender status, and that he was familiar with people of the third sex within his Vedic kingdom. He did not ridicule or belittle her, and he most certainly did not have her sent away or arrested. He also did not suggest that Vrihannala change her dress and behave as an ordinary male. Rather, he accepted her nature and offered her shelter and employment within his royal palace.

Also in the Mahabharata, Shikhandi was born female, but raised as a boy. Shikhandi’s father, King Drupada, had begged the god Mahadeva to give him a son, to which Mahadeva replied: “Thou shalt have a child who will be a female and male. Desist, O king, it will not be otherwise.” When Shikhandi comes of age and marries, Shikhandi’s wife “soon came to know that (Shikhandi) was a woman like herself.” Fleeing from the unnamed wife’s enraged father, Sikhandi encounters a male Yaksha (nature spirit) in the forest, and they agree to swap sexes. Now in a male body, Shikhandi proves to his father-in-law that he is truly male, after the latter sends “a number of young ladies of great beauty” to Shikhandi to test him. They report back that he is “a powerful person of the masculine sex,” and Shikhandi becomes a skilled and famous warrior, playing a pivotal role in the war.

In the Ramayana, when the famous king of the Sun Dynasty, Maharaja Dilipa died, the demigods become concerned that he did not have a son to continue his line. Lord Shiva therefore appeared before the king’s two widowed queens and commanded them, “You two make love together and by my blessings you will bear a beautiful son.” The two wives, with great affection for each other, executed Shiva’s order until one of them conceived a child. Unfortunately, however, the child was born boneless, but by the blessings of a sage, Astavakra, the child was restored to full health and continued the dynasty. Astavakra accordingly named the child “Bhagiratha” – he who was born from two vulvas (bhaga). Bhagiratha later became one of the most famous kings of India and is credited with bringing the Ganges River down to earth through his austerities.

Even the concepts of ‘Ardhanarishwara’, ‘Harihara’ and ‘Shivanarayana’ do not adhere to the strict gender demarcations that the right-wing politicians of India preach today. Even the judiciary of India does not consider these ancient acceptances in our culture as legitimate in the eyes of law.

What about the 1.2 million Indian ‘hijras’, who live in the outskirts of society and social acceptance? The third sex is unique to India but institutional and social acceptance is minimal even though there are more members of the third sex in India than there are Jews and Armenians, who are constitutionally recognized. Other than the hijras and the Aaravans, other third sex communities include the Jogappas and the Sakhi-Bekhis. The Jogappan, associated with crossdressing, homosexuality and male prostitution come from Karnataka and Andhra Pradesh. The jogappa are connected with Yellamma-devi, a popular Hindu deity of Durga, and include both feminine transgenders dressed as women as well as masculine types. Both serve as dancers and male prostitutes, and they are usually in charge of the temple devadasis.

The sakhi-bekhis are prominent throughout Bengal, Orissa and Uttar. They typically dress themselves as women in order to reinforce their identity as sakhis or girlfriends of Krishna and to attain the esteemed spiritual emotion known as sakhi-bhava. Such men are not always transgender or homosexual but in most cases they are. They generally worship Sri Radha, the consort of Lord Krishna, although some specifically worship Lord Chaitanya (the incarnation of Radha and Krishna combined) and are known as gauranga-nagaris.

In his book, ‘Tritiya-Prakriti: People of the Third Sex’, Vaishnava monk Amara Das Wilhelm demonstrates how ancient expressions of Hinduism accommodated homosexual and transgender persons much more positively than we see in India today:

This article aims at drawing a clear & definite line, charting the presence, acceptance & the relevance of the “other” or the transgender in our nation’s history & philosophy.
Will that inspire a change in the conformist mind-set? Or will it alter the stiff, ruthless version of Hinduism preached by the right-wing? The answer is lies in the hearts and mind of the people who choose to read this piece.
As the Mahatma had once said, “A nation’s culture resides in the hearts and in the soul of its people”, if all the people of India have the acceptance that they once, did then India would reach a new ‘state’ of ‘love’.