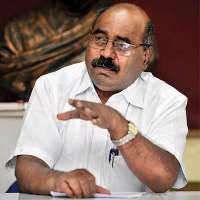 The Satara police have filed a case of rape against Padma Shri Laxman Mane (in pic) after three women alleged that they were sexually exploited by the former MLC between 2003 and 2010.

“The women work as cooks with the Sharadabai Pawar Ashram Shala in Jakatwadi, Satara district. They approached us on Sunday following which we lodged a formal complaint,” said inspector Shrirang Langhe of the Satara taluka police station. “Mane is working president of the residential school for nomads and de-notified class students. The victims are Dalit married women aged between 30 and 35.”

Langhe said the victims alleged that Mane exploited them after promising to make them permanent employees of the school. “They said he took them to various places, including Pune and Satara, and raped them.” Mane has not been arrested. “We went to his house and places frequented by him. But we have not been able to locate him,” Langhe said.

The writer’s wife Shashitai denied the allegations. “My husband has been implicated by the police. This is an attempt to malign his image. This case has been cooked up to target Mane who is doing good social work. The case has not only defamed us, but also all fans and followers of Laxman Mane,” she said.

Shashitai told DNA that her husband received threatening calls on several occasions. “Laxman Mane took pains to raise the institution and filed criminal cases against several erring staffers over the last six years. Filing this case is part of a conspiracy hatched by his opponents and the women who approached the police have been used by them. Stringent action must be taken against the women who have filed the false case.”

A resident of Karanja village in Satara district, Mane has authored 10 books and is the editor of periodical Band Darwaza. His autobiography Upara, which highlighted problems faced by denotified tribes, has been translated in Hindi, Gujarati, Tamil, Malayalam as well as English and French.