International Day for Abolition of Slavery : Unabashed forms of modern-day slavery continue to be practiced world over

The International Day for Abolition of Slavery is a yearly event commemorated across the world every 2 December. On Sunday, the world is marking the 32nd anti-slavery day, which was first celebrated by the United Nations General Assembly on 2 December, 1986.

Although slavery in its “traditional” form may not be prevalent (too evidently) today, there are more than 40 million people around the world who are still victims of modern slavery, according to the UN’s International Labour Organisation (ILO).

Moreover, women and girls are disproportionately affected by forced labour, accounting for 99 percent of victims in the commercial sex industry, and 58 percent in other sectors. 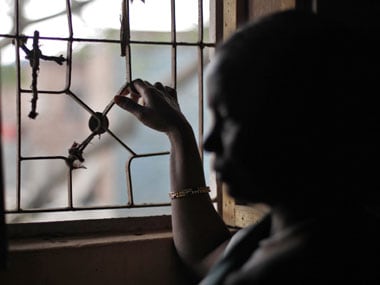 These figures underline that slavery is far from abolished and its modern forms continue to be significantly prevalent across the world. While in some cases, it may not be too noticeable — you may not know the conditions under which your clothes were manufactured — others go unnoticed as they have become part of our everyday lives.

You might think it’s alright for your friend to employ a 15-year-old to carry out chores around the house or a child trying to sell knick-knacks at traffic signals, believing that his or her family needs the money, but it is in fact child labour.

As “modern slavery” is not a term defined by law, tackling the problem is just that — a problem.

Let’s take a look at what constitutes slave labour:

– Being forced to work through coercion, or mental or physical threat.

– Being “owned” or “controlled” by an “employer” through mental or physical abuse or the threat of abuse.

– Being dehumanised and treated as a commodity, or bought and sold as “property”.

– Being physically constrained or have freedom of movement restricted.

Just last week, on 28 November, Australia became the first country to recognise orphanage trafficking as a form of modern-day slavery. The legislation aims to stop Australians from taking part in what are being referred to as “voluntourism” schemes, in which people looking to do good don’t realise they are harming the children. Australia recognised that “orphanage placements”, which involve people visiting, volunteering or fundraising for orphanages abroad, have fuelled an industry that has led to the exploitation of children and turned them into “tourist attractions”.

Similarly, “sex for rent” is another lesser-heard form of modern slavery, where those in power — in this case, with a home to offer — exploit and abuse those in need of a roof over their head. Those who believe they have no choice but to give up their bodies for accommodation, especially those caring for children, are the most exploited lot in this form of slavery, which opens up a vicious cycle.

As mentioned above, you may or may not know that the clothes you are wearing could be part of slave labour. It has become common to hear of reports of unpaid labourers slipping notes into the clothes they manufacture in abysmal conditions — and similarly abysmal pay — that bring to notice that these workers are not being paid for making the merchandise.

International NGO Human Rights Watch had found that conditions at the garment factories set up by large brands in poor nations are “often criminally abusive”. The report “Work Faster or Get Out” highlighted claims by major clothing conglomerates that abusive working conditions at factories in Cambodia were “ isolated” and can be “easily fixed”.

People and communities most vulnerable to being taken advantage of are the most common victims of modern day slavery — those in poverty in dire need of a decent job; people who belong to marginalised sections of society, such as Dalits in India; a young girl being forced into marriage because her society believes child marriage is “acceptable”; a poor farmer getting sucked into debt bondage for borrowing sums from a money lender.

One form of modern slavery that’s visible everywhere in India but ignored as part of the work hierarchy is domestic servitude. This involves live-in domestic workers who can’t leave the house of their own volition and continue to work often in enslavement. This holds true especially of migrant workers, who neither have familial support close to them or the finances.

In June, a Thomson Reuters Foundation report ranked India the world’s most dangerous country for women, followed by Afghanistan and Syria, due to the high risk of sexual violence.

No country is free from modern-day slavery no matter what the claims are. It still occurs the world over in ways not always easily recognisable. Viewing the issue with rose-tinted glasses only makes matters worse for those subjected to it and makes it even more necessary to have it discussed in the mainstream and tackled at the earliest through legislation and other means.