The following article contains images and depictions of violence that may be upsetting to some readers.

Marina Abramović is a Serbian performance artist and art filmmaker. Her work explores body art, endurance art and feminist art, the relationship between performer and audience, the limits of the body, and the possibilities of the mind. Being active for over four decades, Abramović refers to herself as the “grandmother of performance art

In 1974, artist Marina Abramović staged a performance art piece titled Rhythm 0. She stood motionless in an art gallery for exactly 6 hours. To the side stood a table bearing dozens of objects, each selected for their associations with pain or pleasure: a whip, honey, grapes, a feather, knives, lipstick, a camera, a scalpel, a rose, a gun… and a single bullet.

Abramović’s Rhythm 0 (as with its less extreme precursor, Yoko Ono’s Cut Piece, in which the artist sat motionless with a pair of scissors for the audience to shear away pieces of her clothes) seems to use the performer’s passivity for a ritual that exposes the basest desires of the audience, revealing the mind of the mob. Except it was not the gallerist but members of the crowd who defended Abramović from the gun: the audience at Rhythm 0 split into factions, including one that protected the artist.

A placard on the table described the performance.

Rhythm 0INSTRUCTIONS
There are 72 objects on the table that can be used on me as desired.

PERFORMANCE
I am the object. During this time I take full responsibility.

Audience members were modest and timid at first, repositioning her arms, using the items nervously.

Then they became more bold. They placed objects on her. They took pictures of her and posed her with the photographs. They played with her body.

Then they became aggressive. They poured oil on her head. They pricked her with the thorns of the rose. They cut her clothing. They cut her. One participant actually licked her blood.

They carried her around the room half-naked, then put her on a wooden table and stabbed a knife into the table between her legs.

One participant put a bullet in the gun and pointed it at her head, and held it there, finger on the trigger, until another audience member eventually pushed the gun away.

Throughout the performance, Abramović remained passive. She later described it as six hours of horror: “If you leave it up to the audience, they can kill you.”

At the end of the six hours, the curator announced that the performance was concluded. Abramović stood up, tears in her eyes, blood dripping from her neck, and walked towards the audience.

The audience scattered. Nobody wanted to confront the active, animated version of the passive figure they had been abusing.

For me, this performance art is a powerful demonstration of what happens when people are given the message that it’s acceptable to denigrate a human being. Humanity is cruelest when presented with a passive victim, and that’s why would-be oppressors first seek to silence their targets.

Let’s face an unpleasant and inescapable fact: empathy is not humanity’s default mode of operation. Left to its own entropy, a culture inevitably loses its grip on compassion and descends into hatred and oppression.

It takes dedicated effort to counter that descent.

In recent years, a series of high-profile incidents have helped to peel back the veneer of the tech, publishing, and gaming industries, revealing the squirming rot at their core. In each case, these incidents would have been ignored had it not been for people with the courage to speak out and confront the abusers, to push back against the idea that it’s okay to demean others.

As Abramović’s performance 40 years ago shows, society will always do its worst to a passive victim. But when the abusers find that their victim is no longer a passive object, that she’s stepping forward to confront them face to face, their taste for confrontation suddenly vanishes.

1. At first, people changed her position 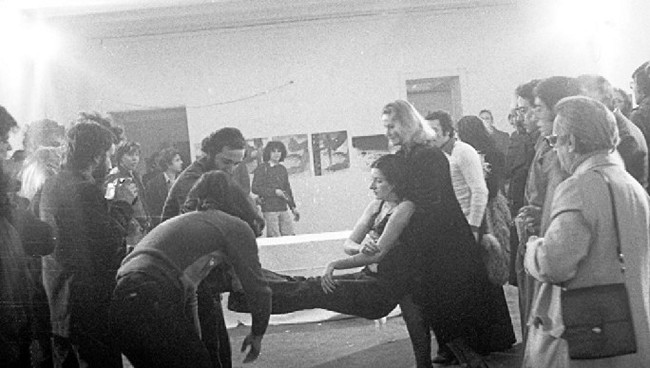 2. Some people made her sit down, not to make her comfortable but to humiliate her 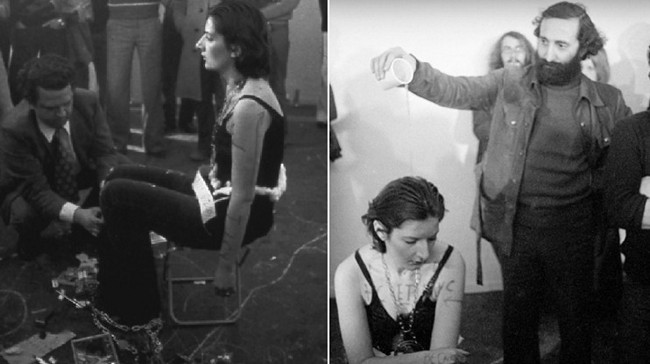 3. People started picking up things and started pinning up on her body 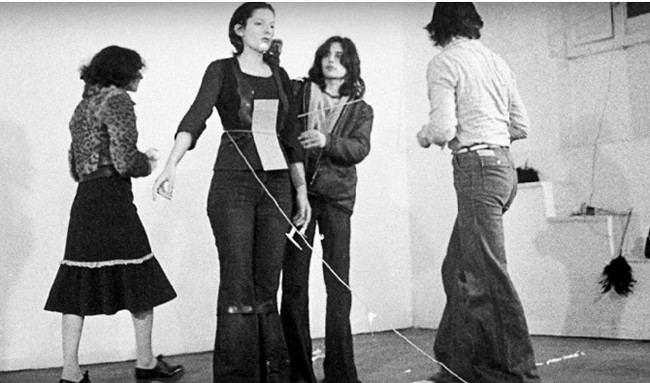 4. There was a man who even made razor cuts on her neck, but she didn’t budge! 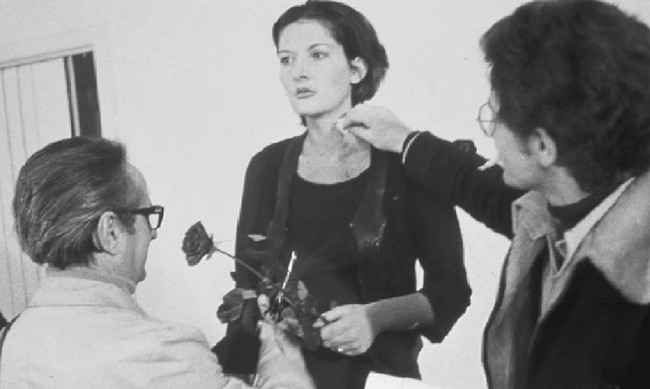 5. Some even undressed and groped her 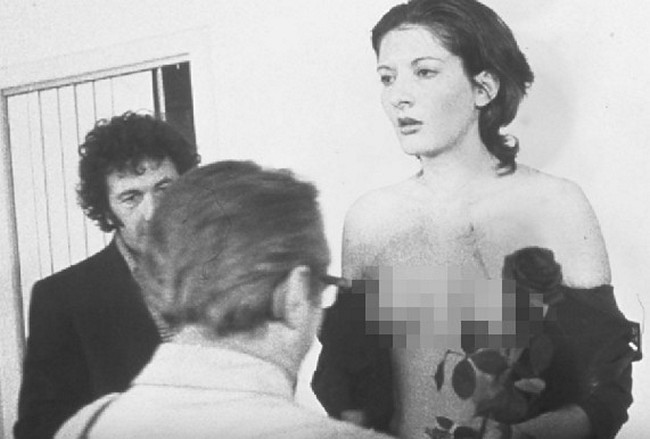 After six hours, Abramovic started to walk among the people and the people who did horrible things did not look her in the face.

Through the social experiment, Abramovic proved that people can hurt you easily. They can dehumanise you, if you don’t stand up for yourself. No matter how educated people are, they would become violent at any given opportunity.