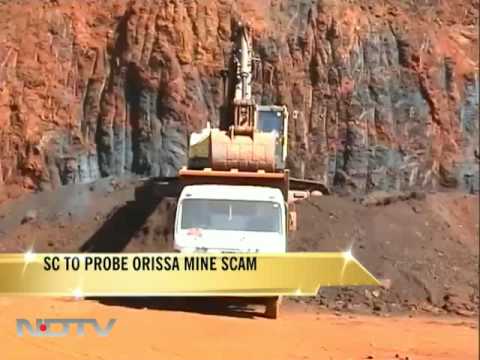 After Karnataka and Goa, Orissa has emerged as the third state to crack down on alleged cases of mining irregularities. With the MB Shah Commission now looking into multi-crore mining scam in the state, the Orissa steel and mines department has slapped a penalty of Rs 23,904 crore on 27 miners in just one mining circle of the mineral-rich Keonjhar district for extraction of ore beyond the permissible limits.

Among those who have been slapped with the penalty notices are Tata Steel, Aditya Birla-owned Essel Mining and the state-owned Orissa Mining Corporation.

The penalty would be recovered within 30 days of the notice issued by the mines department. The companies would also have to pay simple interest at the rate of 24 per cent per annum on the sum towards the price until they fully pay the price of the minerals. Officials said after Joda, such penalty amounts would be raised in other mining circles of the state.

There was no reaction from any of the leaseholders about the penalities imposed on them, but a senior mines department official said the order would “not be tenable”. “It would be challenged in court as previously such orders have not passed muster,” he said.

After being accused of “inaction” for last 3 years after the mining scam broke way back in 2009, the steel and mines department in July this year had first issued notices to 190 companies, seeking the value of the ore extracted over and above the permissible limit.