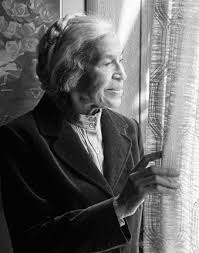 The rights movement may not have achieved much in terms of legislative reform, but it has given women a platform to voice their views

Since the 1990s, Saudi women have been demanding the right to drive cars, travel alone, and abolish the male guardianship system. The struggle was limited to certain women from less conservative communities. After the Arab Spring, with the driving campaign, Saudi women were able to make their demands heard through a larger number of people involved and with the help of media exposure; western and Arab. It was believed that they were leading what can be called a ‘Saudi spring’.

Right after the Egyptian uprising, Saudi women worked online under the name ‘Saudi Women Revolution’ and although they started with bigger demands that sought radical changes to their status, gradually, the mild voices among them were able to dominate because they were less controversial and ‘more reasonable’, as some claim. Women were arrested and this was the easiest way to create leaders that exclusively were able to define the movement and its direction. A good example of that is Manal Al Sharif.

What has the movement achieved so far? Nothing when it comes to legislation, but a lot when it comes to having more women getting involved and speaking up. King Abdullah Bin Abdul Aziz promised that in the coming municipal elections (that have no set date) women would be able to contest and vote. The decision did not state whether those who wished to run for election needed permission from their male guardians.

Once again, women fall under the power of men and stay second class citizens. Eventually, this results in having a women’s rights movement that is limited to families who are less conservative and more educated; a movement that unintentionally excludes many women of low-class, and of conservative families.

The Saudi women’s movement has generated criticism. Several young voices have realised that the movement cannot contribute much if it stays limited to basic demands led by working women from the middle class. Some called on women to join male activists who are calling for reform in the kingdom, believing that the process of a true democracy is expected to grant women their rights and cannot be limited to changes within the political system.

Last year, people were drawing comparisons between historical movements and the movement by the Saudi women. A good example is the comparison with the civil rights movement in the US and how Al Sharif could be the Rosa Parks of Saudi Arabia. What such examples neglected, however, is how African-American women were fighting not only for their rights as women, but first, as people of colour experiencing racism.

Right now, many African-American women have been active, highlighting different issues related to violations of their rights as women and as women of colour. However, at that time, there was no possible way, no open space, for them to fight separately and work in a feminist movement not concerned with the rights of black people.

Global historical examples, especially western, might not be the closest to the Saudi example considering the cultural, social, political, and time differences. I recall how many Saudi women used to say that they were not aiming ‘too high’ for the time-being, but were asking to have the same rights that their Gulf counterparts had achieved, and specifically what Kuwaiti women had achieved.

The latter have always been socially involved, enjoying a greater level of freedom. They were able to get their political rights in 2005 and won four seats in the parliament three years ago.

In the Kuwaiti example, if there is a lesson to learn, it is that female activists were fighting for their rights without neglecting the calls for political reform. For decades, during elections, women were somehow involved in campaigns of candidates in an attempt to have those representatives support their demands. During the Iraqi invasion, women were part of the resistance and several of them were killed. Within academia, business, arts, media, and governmental work, Kuwaiti women were also present. It was a matter of time before Kuwaiti women attained their political rights after being able to co-exist in society and in the political struggle for a better democracy.

Having Saudi women drive cars was a good way to get attention and make a point. There was a line and it was crossed but there are other lines that need to be crossed in order to keep the women’s movement alive. If this movement decides not to get politically involved and surrenders to its icons to control it, then we will eventually witness the death of another Saudi women’s movement that was not able to comprehend the situation and work within the current political context.

Mona Kareem is a Kuwait-born blogger, writer and poet based in New York.