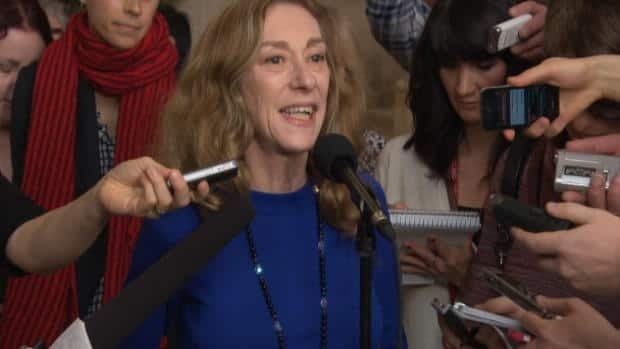 decision, and given Parliament one year to come up with new legislation — should it choose to do so.

‘It is not a crime in Canada to sell sex for money.’– Chief Justice Beverley McLachlin, Supreme Court of Canada

In striking down laws prohibiting brothels, living on the avails of prostitution and communicating in public with clients, the top court ruled Friday that the laws were over-broad and “grossly disproportionate.”

“Parliament has the power to regulate against nuisances, but not at the cost of the health, safety and lives of prostitutes,” wrote Chief Justice Beverley McLachlin in the 9-0 decision that noted “it is not a crime in Canada to sell sex for money.”

The ruling was in response to a court challenge by women with experience in the sex trade, Terri-Jean Bedford, Amy Lebovitch and Valerie Scott that had resulted in an Ontario court ruling that overturned the laws.

The Ontario Court of Appeal later upheld the law against communicating in public, but sided with the lower court in overturning the provisions against living off the avails and keeping a common bawdy house or brothel. 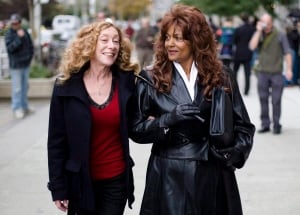 “These appeals and the cross-appeal are not about whether prostitution should be legal or not. They are about whether the laws Parliament has enacted on how prostitution may be carried out pass constitutional muster. I conclude that they do not,” McLachlin wrote.

“I would therefore make a suspended declaration of invalidity, returning the question of how to deal with prostitution to Parliament.”

That means the provisions stay in the Criminal Code for the next year while the government decides what to do.

In a statement, Justice Minister Peter MacKay said the government would take the time to decide how to address “this very complex matter.”

“We are reviewing the decision and are exploring all possible options to ensure the criminal law continues to address the significant harms that flow from prostitution to communities, those engaged in prostitution and vulnerable persons,” his statement said.

MacKay also said there are “a number of other Criminal Code provisions” in place to protect sex-trade workers “and to address the negative effects prostitution has on communities.”

The women in the case had argued that the law prevented them from safely conducting their business as sex-trade workers, arguing that hiring bodyguards and drivers, and being able to work in private homes or talk with potential clients in public were important to their safety.

“Now the government must tell Canadians, all consenting adults, what we can and cannot do in the privacy of our home for money or not. And they must write laws that are fair,” Bedford told reporters gathered in the foyer of the Supreme Court building in Ottawa on Friday.

One of her co-respondents in the appeal said a new law won’t work.

“The thing here is politicians, though they may know us as clients, they do not understand how sex work works,” said Scott. “They won’t be able to write a half-decent law. It will fail. That’s why you must bring sex workers to the table in a meaningful way.”

‘Sky’s not going to fall in’

Scott says new laws should be up to municipalities, not the federal government.

“If the Harper government rewrites laws, they will fail and the next generation of sex workers will be right back here. So let’s not be stupid, federal government. Let’s do something progressive, actually.”

Scott added that “the sky’s not going to fall in” with Friday’s ruling.

“People said that when women got the right to vote, equal pay, equal rights, and same sex marriage — all of those things, every single one, people said the sky would fall in. It did not. Society is the better for it and society will be the better for sex workers having proper civil and occupational rights.”

The women’s lawyer, Alan Young, said it was important to understand the ruling affects “one of the most under-enforced laws in the Canadian Criminal Code.

“We’re not really going to see any change tomorrow. It’s going to be business as usual,” Young said.

Others condemned the ruling.

“It’s a sad day that we’ve now had confirmed that it’s OK to buy and sell women and girls in this country. I think generations to come — our daughters, their granddaughters and on — will look back and say, ‘What were they thinking?,'” said Kim Pate, executive director of the Canadian Association of Elizabeth Fry Societies and a member of the Women’s Coalition for the Abolition of Prostitution.

“To say that [prostitution] is a choice when you’re talking about the women we work with is to say that in fact it’s OK to just exploit them,” Pate said.

“We’ve never seen men criminalized for buying and selling women and girls. We’ve always seen women criminalized for selling themselves. We absolutely object to the criminalization of women. Our position would not interfere with those women who truly have made their choices.”

Worry about ‘open season’ for prostitution

Don Hutchinson, vice-president and general legal counsel for Evangelical Fellowship of Canada, said his group wants Parliament to come back with a new law that would “criminalize the purchase of sex and provide support services for those who wish to exit the sex trade.

“What we’re suggesting is that for the first time in Canada, prostitution would be illegal. The purchase of sexual services or the rental of somebody’s body would become illegal,” Hutchinson said.

“If there’s no replacement legislative scheme, then it’s open season in regard to prostitution.”

Lebovitch, however, said the decision will help protect sex-trade workers.

“I am shocked and amazed that sex work and the sex work laws that affect our lives on a daily basis will within a year not cause us harm any more.”

“It’s a huge victory for all the people in Vancouver, all my sisters out there who are going to be safe. It’s just a huge, huge victory. I’m so happy,” added Lorna Bird of the advocacy group Sex Workers United Against Violence.