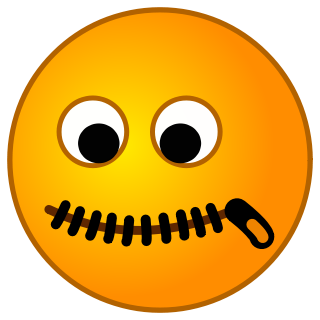 Following several cases of people in various parts of the country being sent to jail because of comments they had either made, or even just approved of, on social networking sites, JV sought an interview with the newly-appointed minister of misinformation and non-communication. The interview turned out to be unique, in that the interviewer didn`t say a single word right through the entire proceedings leaving all the talking to the interviewee.

Why didn`t the interviewer utter a word during the course of the interview? Was it because of a sudden attack of laryngitis which made it impossible for him to speak? Not quite. Here is a transcript of the one-sided interview.

Minister: The same to you. Isn`t silence soothing? No wonder they call it golden. And with the price of gold being what it is today — and going up by the hour — golden silence has never been so prized as it is now. And it is the job of my new ministry of misinformation and non-communication to preserve and protect that precious silence and keep it safe from those anti-social elements who are advocates of freedom of screech.

Minister: Yes, yes. I know that the obsolete term borrowed from that out-of-date publication called the Constitution is freedom of speech. But under the special powers derived from rule 37, sub-clause 29ZX of section 66A of the Misinformation and Non-communication Act of 2012, free speech has been deemed to be free screech.

Minister: Yes, i agree with you. Such an imaginative reinterpretation of language is indeed quite ingenious. And it had become necessary in order to keep the general public — which means the likes of you — safe from the harmful effects of free screech.

Minister: See what i mean? You wanted to exercise your right to screech. That was the trouble with our democracy. Everybody believed they had the right to screech, at anyone they liked, at any time they wanted to. No wonder our democracy was fast turning into a dinocracy, what with all that free screeching creating the most godawful din. No, it had to be stopped. In order to restore democracy to those to whom it rightfully belongs: the silent majority. And the more silent it is, the better. That`s what the ministry of misinformation and non-communication and section 66A are all about.

Minister: See, you`re beginning to get the point now. With people no longer communicating with each other, those dangerous germs called ideas and opinions won`t spread the socially transmitted disease called dissent. Dreadful thing it is, contagious as hell. And there`s no cure for it, only prevention. Prevention in the form of section 66A. And the gag that was put over your mouth when you stepped into this office. No, no. Don`t try and take it off. If i have my way, you`d better get used to it being a permanent fixture.