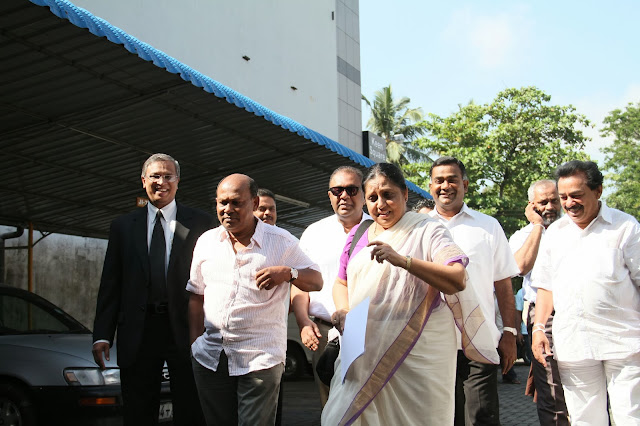 pic courtesy– srilanka brief –  At SLHRC Nimalka Fernando with political party leaders
The radio programme titled Rata Yana Atha (The way country is forging ahead) broadcasted in the Commercial Channel of the Sri Lanka Broadcasting Corporation on 4th November 2013 was based on a voice cut given by me to the Hiru TV to be relayed in the HARD TALK segment during the daily news bulletin. I had listened to the original version of the HARD TALK relayed on Sunday 3rd of November by HIRU TV.