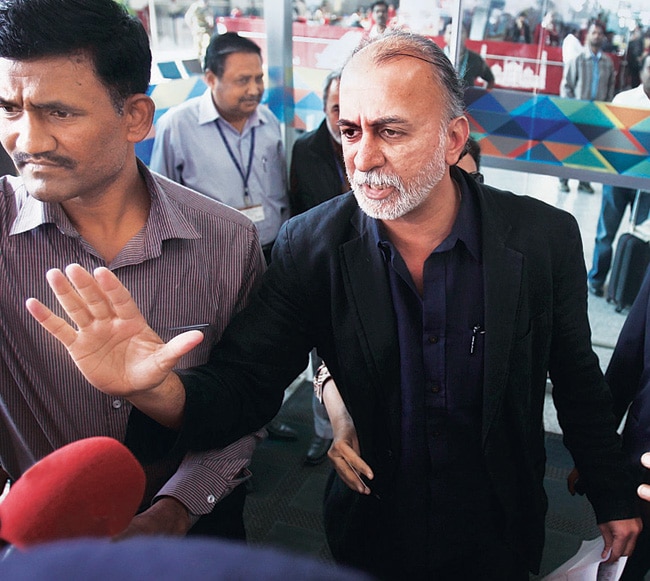 Tarun Tejpal, the 50-year-old founder editor of Tehelka, was arrested from Goa airport on November 30 and is lodged in jail since then.

The sexual harassment case against Tehelka founder editor Tarun Tejpal has taken a new twist with him telling the Supreme Court that his apology to the victim, being used as key evidence against him, was sent “on the terms of the victim” under pressure from Shoma Chaudhury, the then managing editor of the magazine, and the words used were not his.

Tejpal, who has already spent 130 days in jail, said he was shocked to hear from Chaudhury about the complaint on November 18, 2013, and had categorically refuted the allegations.

He has moved the Supreme Court for bail after his plea was dismissed by the Bombay High Court.

The victim, a junior woman colleague of the editor, and Goa Police are using Tejpal’s apology sent to the victim on November 19 last year as the primary proof. Both the trial court and high court described the apology as “formal” and “confessional in nature” while denying Tejpal bail.

In the apology, Tejpal had referred to the incident as “a bad lapse of judgment” and “an awful misreading of the situation”.

“The petitioner was shocked and categorically refuted each and every allegation. However, the managing editor refused to even listen to the petitioner’s version and overrode him. The managing editor stated in her statement that she was making all the decisions in Tehelka’s interest and on November 19 pressurised the petitioner to send an apology on the terms as was desired/dictated by the alleged victim,” Tejpal said in his 500-page bail application filed last week through advocate Sandeep Kapur of the noted law firm Karanjawala and Co.

The bail plea will come up for hearing in the apex court soon Tejpal contended that before sending the apology, he had written a personal communication to the victim, giving his version and pointing out the “falsity and concoction” in the allegations levelled against him by her. Tejpal, who stepped down as editor of the weekly magazine after the incident occurred during the Thinkfest in Goa, has been accused of sexually assaulting his junior colleague inside an elevator of a five star hotel on the night of November 7 last year.

Tejpal claimed that CCTV footage of him and the victim coming out of the lift clearly belied the contention of the victim. She claimed that Tejpal chased her out of the elevator when she managed to get out, and threatened her that consent would be the “easiest way for you to keep your job”.

But Tejpal’s bail petition claimed the CCTV footage clearly indicates the victim was running behind him after getting out of the lift and the “girl was happy and was not holding back tears”.

Tejpal pointed out what he said were “several contradictions, infirmities, embellishments and shocking exaggerations” in the statements of the victim and key witnesses Ishan Tankha, G Vishnu and Shaugat Das Gupta to whom she had allegedly confided in after the alleged incident. He claimed these proved he had “been framed”.

“The Bombay HC had unfortunately yielded to the prosecution’s exaggerations,” he said.

Tejpal also said it was wrong to keep him in continued custody as the chargesheet had been filed and he was not required for any interrogation. Questioning the High Court’s reliance on the prosecution’s statement that the trial would be completed in two months, Tejpal said it was bound to be prolonged as there were 152 prosecution witnesses and the chargesheet ran into more than 3,000 pages and the time frame announced by the prosecution too was over.