The Youngistaan of Nagpur wants Change 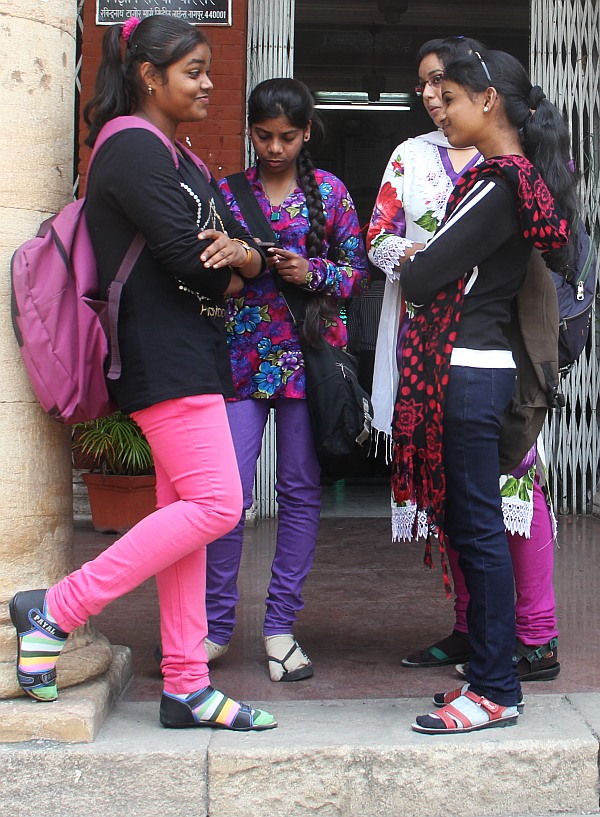 ‘I would like to vote for Kejriwal. He is anaam aadmi like us. He has good middle class values. Corruption is the most important issue of this election. I don’t like Modi because of his past.’

Nagpur is a young city.

Youngsters appear empowered and educated. Capable too. Young women and men, trendily-dressed, move around freely on motorcycles or bicycles.

Malls and restaurants are manned by mainly youth. It’s election season — most political campaigns have legions of young folk helping out.

These youngsters are outspoken, and more importantly, unlike disinterested young adults elsewhere, have views:

“Kejriwal is an aam aadmi like us. He has good middle class values…”

Nagpur is also a university town with over 200 colleges and institutes, including India’s only National Fire Service College.

The city has high literacy — 93 percent as per the last Census.

Both Aam Aadmi Party chief Arvind Kejriwal and the Bharatiya Janata Party‘s prime ministerial candidate Narendra Modi have caught the imagination of the young in the city.

Kejriwal, perhaps more so. Youngsters’ eyes light up when they speak about him, his courage and his campaign to bring change. The AAP leader seems to instantly connect or speak to a section of Indian youth, who were voiceless and unrepresented, politically, before.