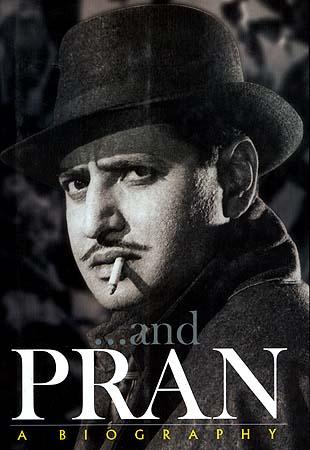 Shri Pran Krishan Sikand, popularly known as Pran, the veteran film actor, has been conferred the Dadasaheb Phalke Award for the year 2012. He is the 44th Dada Saheb Phalke Award Winner. The award is conferred by the Government of India for outstanding contribution to the growth and development of Indian Cinema. The award consists of a Swarn Kamal, a cash prize of Rs.10 lakhs and a shawl. The award is given on the basis of recommendations of a Committee of eminent persons.
Shri Pran has given sterling performances in many films along with Dilip Kumar, Dev Anand and Raj Kapoor in 1950s and 60s. Pran’s performanceshave received acclaim in films like Azaad, Madhumati, Devdas, Dil Diya Dard Liya, Ram Aur Shyam and Aadmi, Ziddi, Munimji, Amar Deep, Jab Pyar Kisi Se Hota Hai, Aah, Chori Chori, Jagte Raho, Chhalia, Jis Desh Men Ganga Behti Hai. The list is long.
Born in the year 1920 in Delhi, Shri Pran started his career way back in 1940. He first ventured into photography but a chance meeting with a film producer got him his first role in a film called Yamla Jat. Shri Pran acted in several films, his base being Lahore in undivided India. His career experienced a brief pause due to partition in 1947. Subsequently he moved to Bombay. With the help of the famous writer Saadat Hasan Manto and actor Shyam, Pran got a break in the Bombay Talkies film Ziddi which had Dev Anand in the lead role. The film Ziddi brought him to limelight in the Bombay film industry and then there was no turning back.
His impressive performances have bestowed an entirely unique new dimension to the negative and character roles in Hindi cinema. His contribution to mainstream Hindi cinema is well recognized, assuring him the place of one of the most illustrious and celebrated actors of Indian film industry. His career spanned several decades. He has acted in over 400 films and in each one of them, he brought new mannerism and style, holding the audience spell bound by his acting.
Shri Pran is a recipient of a number of film awards including the Filmfare Award. He was also honoured with the Padma Bhushan.