Who is stiffing the third world poor? US government lawyer

You’ve probably watched this scene in a Hollywood movie: A relative of a minor despot in an unnamed African country mixes smooth talk with a hint of menace while conversing with a Western businessman over tea. The businessman then craftily pushes a suitcase across the floor, eliciting a hearty chuckle from his counterpart.

Corruption is found in all countries, yet the countries where bribery is most insidious—the places where the minor despot’s brother-in-law gets what he asks for when oil and gas contracts are in the offing—are the nations often left out of the bargain when the world’s anti-corruption forces actually crack down and extract big monetary settlements. A new report from The World Bank and UN Office on Drugs and Crime‘s Stolen Asset Recovery Initiative found that the biggest regulators and long arms of the global law are doing a good job of cracking down on foreign bribery—they just aren’t sharing the wealth when the corruption cases are closed, or helping those countries to cut off corruption at its roots.

Between 1999 and mid-2012, 395 foreign bribery cases were legally settled in a different country from the country where the bribery occurred. From a total $5.8 billion extracted in settlements, only 3 percent ($197 million out of $5.8 billion) was returned to the “affected” countries, The World Bank found. Most of the money stays in one country—the United States. Of the 395 cases studied by The World Bank, just under 70 percent of those cases were prosecuted by the U.S., primarily the Department of Justice and Securities and Exchange Commission.

The World Bank/UN study, though, is not an implicit indictment of the United States in the fight against global corruption. The U.S. looms large in the study, primarily in reference to the total sum of assets recovered, for a few key reasons. For one, the country’s Foreign Corrupt Practices Act (FCPA) put it ahead of many other nations in directing resources to the global effort. In addition, multinational corporations that list in the U.S., the world’s biggest market, are subject to the FCPA. But if things are going to change and more money from corruption settlements go to systematic reform in the developing world, the U.S. will have to play a big role in sending settlement money beyond its own federal coffers.

(Read more: Why are samba-dancing, soccer-loving Brazilians so angry?)

“We should not question the principle of asset return, but question how to do it, how to make sure the money is used in the right way—the management of returned assets. There are ways to do this.”

Sue the market’s rich; rob the world’s poor
“We don’t want to convey the impression that we are critical of the current enforcement actions,” said Jean Pesme, coordinator of the Stolen Asset Recovery Initiative. “There will be no progress otherwise, and the fact that they are using the tools they have is important. Where we are raising questions is how much is done from a U.S. perspective, for example, and not from the perspective of the affected countries.”

The World Bank/UN position is that the countries where the corruption occurs are in the weakest position to begin with, and there is a lack of awareness among the world’s most powerful legal entities, represented by the fact that they do not actively seek ways to return more of corruption settlements.

“The point is that it is essential to bring facts and better understanding here and push the envelope,” Pesme said. “Everyone should pay more attention.”

Pesme views the problem in classic economic terms: There is a supply of corruption coming from corporations operating around the globe, and a demand for bribes from the affected countries. The current enforcement process primarily attacks the supply while leaving the demand untended. And it’s not solely money from settlements, but information-sharing across jurisdictions that needs to improve so local government can open their own investigations.

“If you continue to go after this in the U.S. or U.K. and don’t open cases against officials in developing countries, you don’t address the root problem on the demand side,” Pesme said. “This needs to be collectively attacked. When only the Western companies are punished, it leaves the guilty party in the affected country out of the bargain,” he added.

The Department of Justice did not respond to a request for comment. 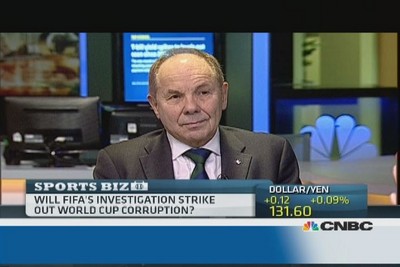 Critics say leaving the affected country out of the bargain is exactly what the FCPA was set up to do. Ronald Rotunda, a law professor and constitutional law expert at Chapman University, said the purpose of the FCPA is to protect U.S. investors. For example, if a publicly traded company in the U.S. is doing very well in an overseas market but the reason for its performance are bribes that investors don’t know about, the FCPA protects the interests of those investors. And that doesn’t leave room for any settlement money to be sent back to a country where the corruption occurred, Chapman said.

Pesme said the original intention of laws like the FCPA are fair points to make in this debate; however, he pointed to the U.N. Convention Against Corruption (2003) as an equally important guiding principle to which countries including the U.S. have pledged support.

“The U.N. convention’s fundamental principle begs the question of how do you bring together all of these objectives,” Pesme said. “The FCPA may have been created for investors and the U.S. citizenry, but I think now because of the U.N. convention, it’s a new lens, and that’s the important point,” Pesme said. “I’m not saying all monetary penalties should go to the affected countries, but there is an additional objective to be pursued related to settlements. We are flagging at least an apparent disconnect between the original objective of the FCPA and what is now called upon by the U.N. convention.

The ultimate bribe
For Rotunda, such debate obscures the fundamental problem: Putting money from bribery settlements back into a country where corruption is widespread may be the ultimate spur to more corruption, incentivizing the bad behavior and encouraging more of it.

“It sounds to me like The World Bank is thinking of ways to give away other peoples’ money. The result of all this will be that foreign countries are richer, Swiss bank accounts get fatter, and customs officials have their ‘work’ as usual.”

Such a situation would be the ultimate bribery irony, but it also echoes a typically paternalistic view from the West about the developing world’s inability to get its own act together, and Pesme said it assumes a level of naiveté on the part of The World Bank and UN that is misplaced.

“Beyond the FCPA, it is possible to bring together the antibribery objectives and asset return,” he said. “We are not completely naive, and we are working with a lot of these countries, and we are not just saying only financial sanctions will do more but that the affected countries need to do more. … If you just send money back and don’t do anything, indeed, they wont change.”

How returned assets are used is critical in terms of benefiting the development of a country. “We should not question the principle of asset return, but question how to do it, how to make sure the money is used in the right way—the management of returned assets. There are ways to do this,” Pesme said.

In fact, the study cited a case involving bribery of officials from the Haitian national telecom company, Haiti Telecom. The Haitian government relied heavily on Department of Justice and Internal Revenue Service resources and the case was tried in the U.S. But a U.S. court stated that the money recovered should go to the victim before court fines and costs were paid. The government of Haiti is referenced in the sentencing transcripts as the victim of the scheme. Whether or not any payments to Haiti have been made was unknown at the time The World Bank/UN report was finished.